Dunbar is the start or end of the John Muir Way - a coast to coast national long-distance walking route (great for cycling too!) which stretches 134miles (215km) to Helensburgh in the west. The route crosses Scotland taking in a range of landscapes and enables users to discover a rich and varied heritage while getting up close to nature. There are 3 sections in East Lothian that link to many other paths – Edinburgh to Prestonpans, Prestonpans to North Berwick and North Berwick to Dunbar. Along the route there are 10 passport stations for you to visit where you can have your passport stamped to record your progress. Once you have completed the whole route and collected your stamps you can claim your free completer certificate. Not only does the passport make a great keepsake but it also unlocks special offers from businesses along the way.

The John Muir Way is named in honour of the renowned conservationist, environmentalist, and founder of America's National Parks, who was born in Dunbar in 1838. He emigrated to the USA with his family where his love of nature developed further. John Muir played a key part in saving Yosemite Valley and Sequoia National Park amongst others and founded the Sierra Club.  The Club now has around 3.8 million members.

John Muir is internationally recognised as one of the most important and influential people in the areas of conservation and environment.

The New York Times described him as ‘one of the greatest thinkers of America’, and added ‘some inkling of the man's greatness and versatility can be gleaned from a glance at the names of the lasting friends he made among the great men of the country. The most intimate of these included several presidents, among them Taft, Roosevelt and Woodrow Wilson.’

His legacy and teachings resonate today as the importance of the wellbeing of the planet and the natural environment are at the forefront of global concerns. The John Muir Way opened in 2014 to mark the centenary of John Muir’s death.

You can find out about this remarkable man’s life and legacy when you visit John Muir’s Birthplace Museum.

For more details on the route please visit johnmuirway.org

A new Accessibility Guide to the John Muir Way is now available. All ten sections of the coast to coast route were audited and a series of storymaps produced. These provide a step by step guide to the accessibility of the John Muir Way and have been produced to help anyone interested in using the route to assess for themselves which sections are suitable for their intended use, level of fitness and physical mobility. The maps and notes are equally relevant to walkers, cyclists, horse riders, people using mobility aids, wheelchairs or pushing buggies. Locations of features that may restrict accessibility, or which most people would struggle to negotiate with a wheelchair or horse, are identified on the maps.

You can also find links to each section's storymap within each of the ten Route section pages. 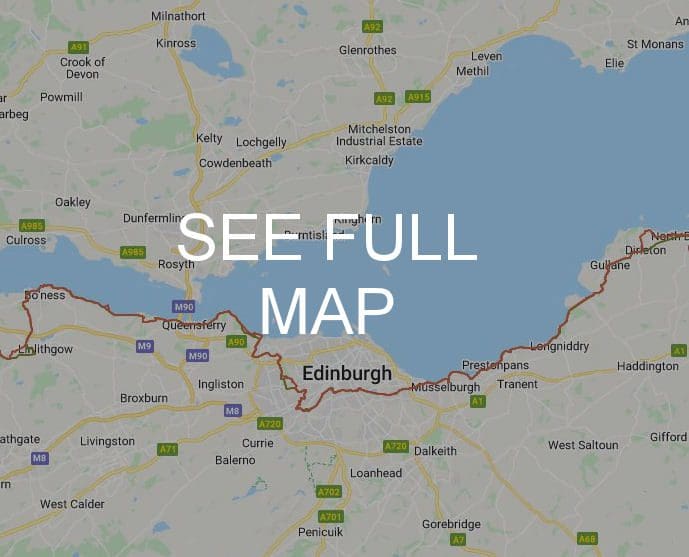 Something for the weekend… Cockenzie House and

Glenkinchie distillery is the Lowland home of John

The reward for climbing the 132 spiral steps is so

There's no need for four-legged friends to miss ou

The neighbouring villages of Pencaitland and Ormis

Celebrate and discover traditions and history in #

Sometimes the weather is just too frightful for th

Frequently featuring in polls as one of the best p

Bust the January blues with these inspiring events

Its dramatic position perched on the edge of a cli

Here's our pick of the five best plant-based dishe

The most decorated pub in East Lothian, the histor

With sunrise not till after 8.30am, early risers c

Where better to hunker down for winter than in fro

Happy Hogmanay! Marking the end of 2022 and the ne

Still not sure how or where you're going to see in

If you're feeling a little sluggish after the Chri