East Lothian has many quiet roads which make it ideal for road cycling and touring bike routes to discover even more of East Lothian on two wheels.

A short road bike loop steeped in history, passing a famous WW1 airfield and the home of Scotland’s national flag. 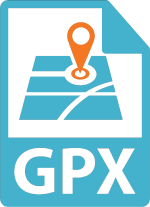 The route starts in East Linton, a small village with shops, cafes and pubs. The route follows the main road north out of the village towards North Berwick - a fairly steep incline, but only for a short distance. At the next opportunity turn left onto the B1377, and then left again onto the B1347, cycling across the old airfield built in 1915 for constructing airships in the First World War. Today this is home to the National Museum of Flight.

After a short detour into the village of Athelstaneford, which is home of the Saltire, Scotland’s national flag. A small exhibition is located within the doocot in the church grounds. After Athelstaneford the route continues to follow the B1347 first, and then on a minor road to Markle and past Markle fisheries and over a railway crossing. Shortly afterwards you rejoin the road into East Linton and back to the start.

A loop that connects the North Sea coast with the banks of the River Tyne, connecting the seaside resort North Berwick with the picturesque village East Linton.

A loop that connects Barns Ness Lighthouse with the famous Bridge to Nowhere at Belhaven Bay, passing the DunBear, a statue to celebrate John Muir’s legacy, along the way.

This route starts in Dunbar, home to John Muir. His birthplace in the High Street, now a museum, is the start of this route. Follow NCN 76 south to leave Dunbar by Queen’s Road, on a mixture of off-road cycle paths and marked cycle lanes on the road. After Broxburn take the next left to follow the Broxburn to Whitesands Link, a cycle path towards the coast, and continue on the small road towards the Barns Ness Lighthouse. Return via the same route, but take a left at Broxburn to follow a tarmac road and then a path parallel to the A1, passing DunBear on your right, the latest sculpture from Kelpies creator Andy Scott. This path joins Eweford road into West Barns and to Belhaven Bay. The route follows NCN 76 back into Dunbar.

The route starts at East Links Family Park, a popular family destination in East Lothian. For those using public transport, the start can also be reached by using NCN 76 from Dunbar train station to East Links. Follow NCN 76 first. After crossing the A198 take the next right towards the River Tyne. This is also the route of the John Muir Way cycling route. Take the next right to follow a road into Tyninghame, where the Tyninghame Smithy is a popular stop for cyclists. From here the route follows a section of the A198 and then a small road towards the car park at Tyninghame Beach. This section can be very busy, extra care is needed. The route returns via the same route, but then passes Tyninghame village on the A198 and takes the John Muir Way cycling route back to East Links Family Park. For those on suitable bikes looking for an off-road adventure, the John Muir Way walking route is a great alternative back to East Links, but can be sandy at times.

Birthplace of the Industrial Revolution

Although a few kilometres short of the official Gran Fondo distance, this road bike adventure is nothing short of challenges and explores many of the beautiful castles and big houses while connecting them with some of the most beautiful roads in East Lothian.

The route starts at Preston Tower, a ruined L-plan keep in the ancient Scottish village of Prestonpans. From here it follows the beautiful coast through Cockenzie and Port Seton. In Longniddry the route heads inland, running parallel to the railway line for a while before it passes Redhouse Castle near Spittal, a ruined tower house castle. On the right, Ballencrieff Castle, also known as Ballencrieff House, is a large tower house, which can be spotted from the road. Shortly afterwards the route takes a left towards Luffness, passing Myreton Motor Museum. Although the name doesn’t suggest it, bikes are also part of its small collection. Luffness Castle, also known as Luffness House, can be seen taking a short detour on the coastal road towards Aberlady. The route takes a quieter route through West Fenton, and at Fenton Barns, a B-road is joined towards Dirleton. A medieval fortress in the village of Dirleton, the oldest parts of the castle date to the 13th century, and it was abandoned by the end of the 17th century. The castle is open to the public to visit and a good place for a first stop.

From Dirleton the route heads south towards Kingston, joining the B1347 past Fenton Tower and into the popular seaside town North Berwick. The coast once again provides a stunning backdrop to the ride here, while Tantallon Castle is clearly visible soon after leaving North Berwick on the horizon. The route follows the A198, which can get busy at times, but the views are simply stunning. In Whitekirk the route leaves the main road, and after about 3 km (2 miles) passes the remains of Waughton Castle, dating from the fourteenth century. The route follows the B1377 into East Linton, which is another good place for a stop and almost the half-way point.

The riding gets much tougher from here on, as the route first passes Hailes Castle, a scheduled monument open to the public, in a superb riverside setting. The first major climb of the route heads to Traprain Law, site of the Traprain Law Treasure, the largest Roman silver hoard from anywhere outside the Roman Empire which included exquisite silver artefacts. Heading towards the Lammermuir Hills the route passes Whittingehame Tower, or Whittingehame Castle, a fifteenth-century tower house. Next up is Stoneypath Tower, an L-plan tower house dating from the late sixteenth century, which can be clearly seen from the road. The route undulates on the southern edge of the Lammermuir Hills through Garvald, Carfrae, Danskine and Newmills, passing Yester Castle and the edges of Gifford, with its famous Lanterne Rouge cafe worth a detour.

Wester Saltoun Hall between East Saltoun and Pencaitland is neither visible nor accessible from the road, but the entrance to Winton Castle is nearly as impressive as the castle, which is a private venue these days. The route passes the Tower Inn in Tranent before following quiet roads to Fa'side Castle, a fifteenth-century keep that provides stunning views over the Firth of Forth. From here a fast descent follows, before the route returns via Wallyford back to the start in Prestonpans.